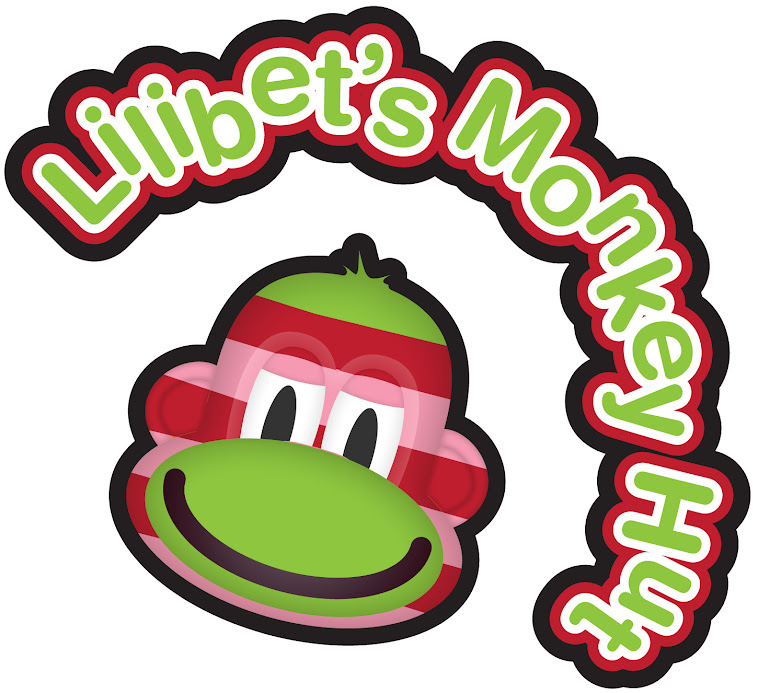 This is the final post of christmas cards... I think anyway! These are two cards I made with Uptown girls Chrystal's christmas label from Stamping Bella.
The first card I made for a cousin who we always give Money too rather than buy presents so the gold tag has a little pocket at the bottom to slip notes into. I used a sizzix die to cut the tag and fussy cut around the image. 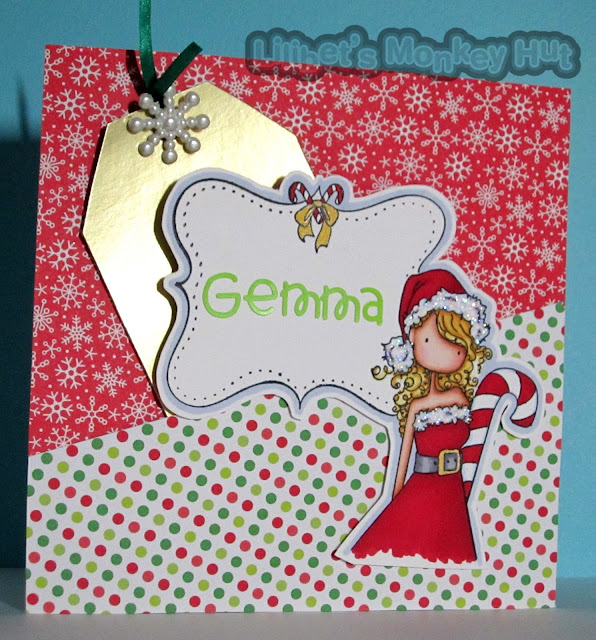 I created the pocket by sticking some Doodlebug paper on the diagonal and then attached the image to the top. The red snowflake paper and the Holly paper below are also from Doodlebug North Pole collection. I used some green ribbon and tied the snowflake button to it and then used Doodlebug letters to personalise the card with the name "Gemma". 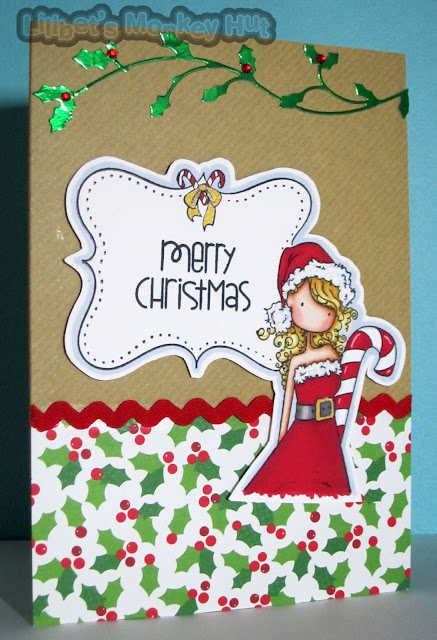 On both cards I used Star dust stickles on the fluffy bits of her dress and hat. I also used a white gel pen to add reflection to the candy cane and also gold pen on her belt and the little bow. On this card I added some red ric rac ribbon and a holly die cut with some red gems for the berries.

Right - few birthday cards for you catch up on but Ill not overload you at once! Don't want you getting bored of me!!
Take Care,
Liz (:(|)x
Posted by Lilibet at 13:38

Lilibet
I have always been a bit of an addict to crafty things and colour.... I would walk around lovely shops thinking "Umm... wonder if I could make one like that?" So I started trying. I love colourful patterns and paper and putting them together on my Handmade cards. But the blog & facebook page started to give the Monkeys a home! I make Sock Monkeys under the name, "Lilibet made Monkeys". The Monkeys are available for sale and can be made to order as can any cards. Email me at lilibetsmonkeyhut@hotmail.co.uk You can also see Monkeys looking for new homes and other items available to buy on my Pintrest, Instagram Flickr and facebook page. Just search for Lilibets Monkey Hut (:(|)x 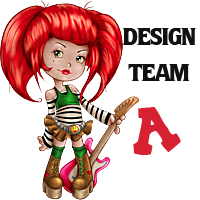 GDT All dressed up 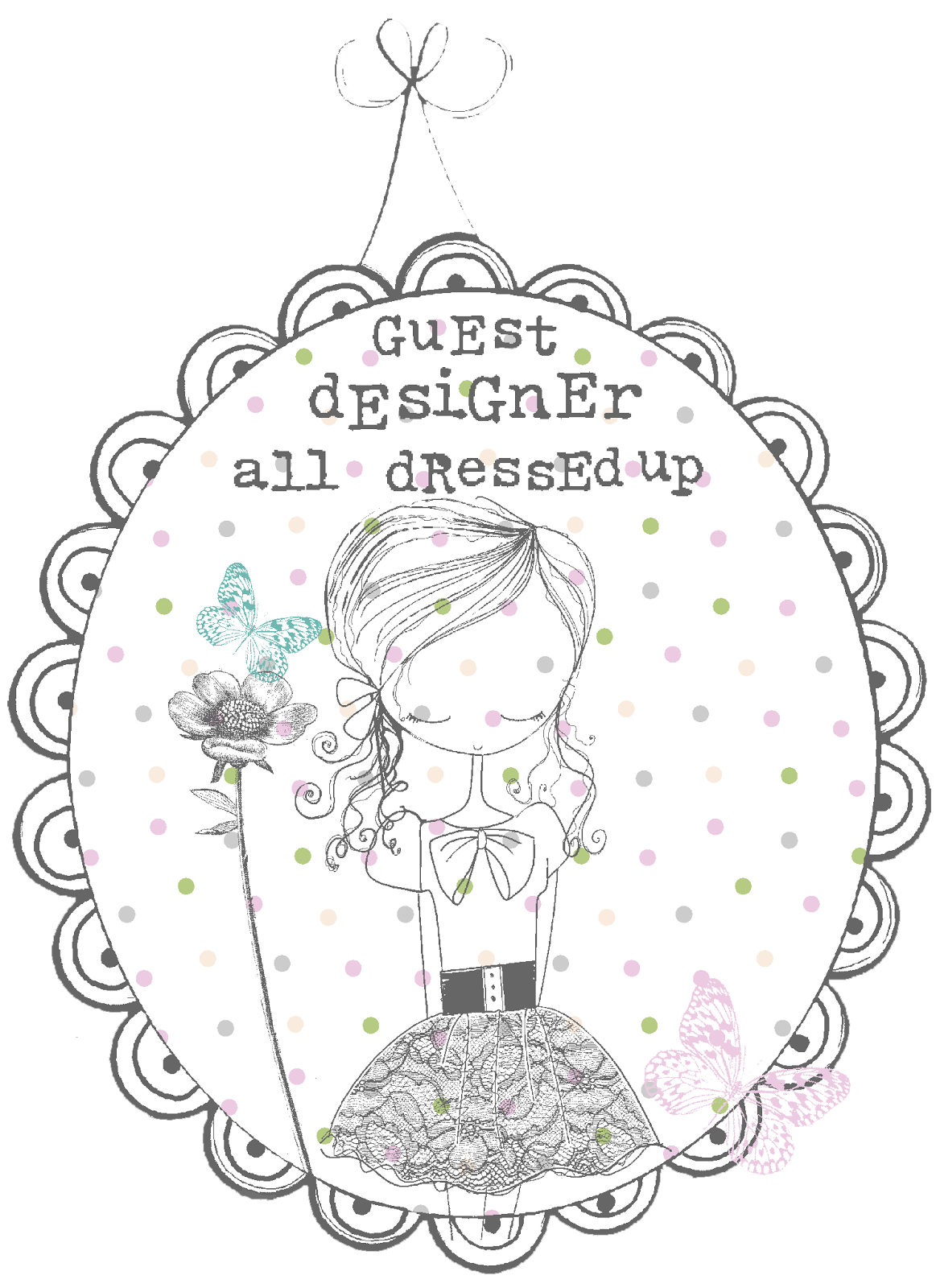 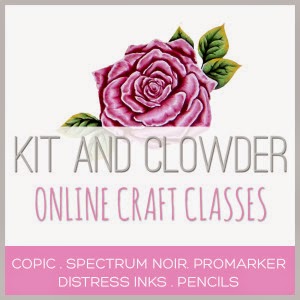 Some of my favorite challenges- 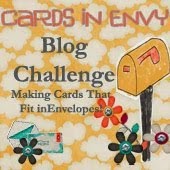 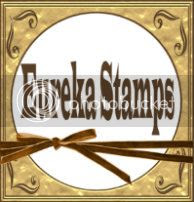 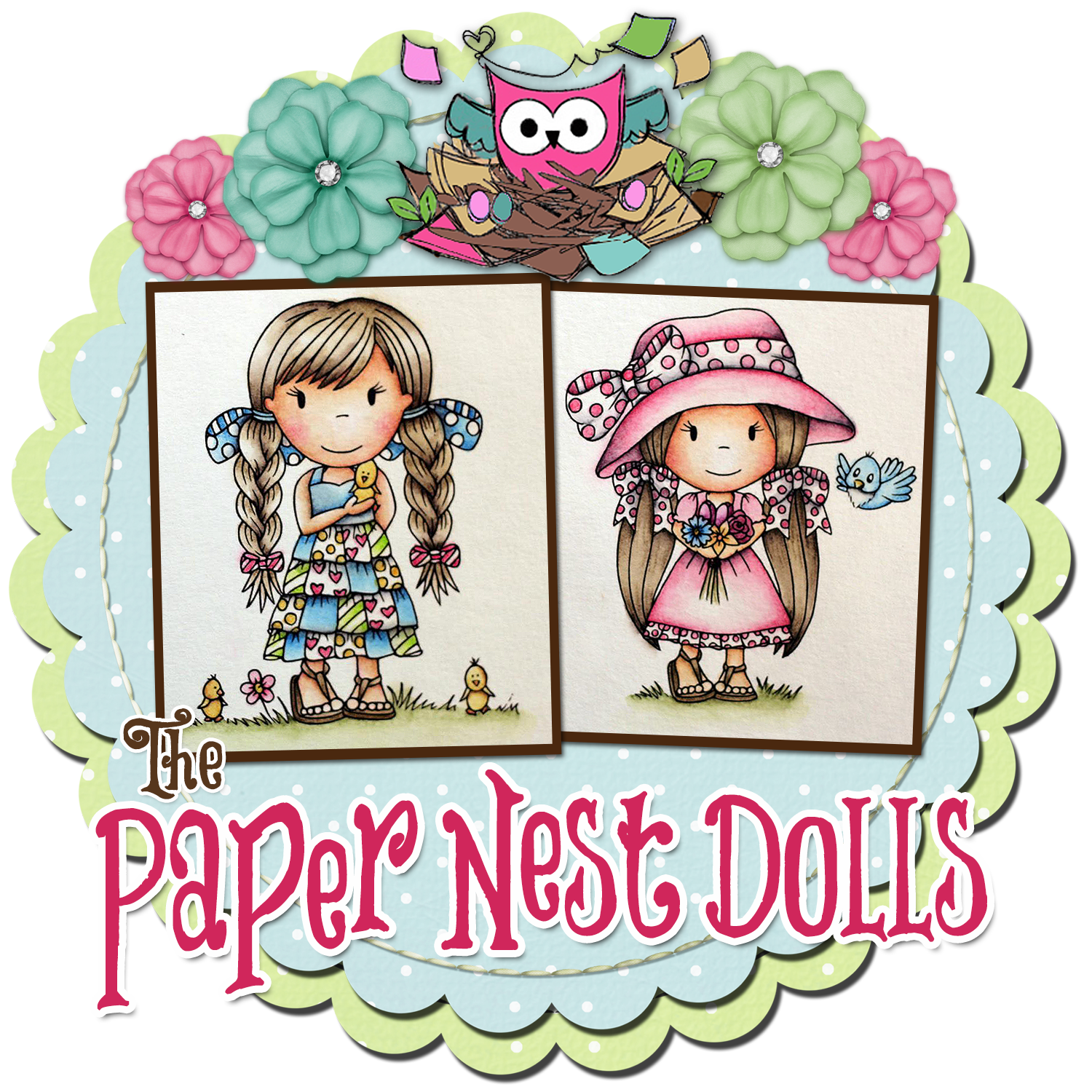 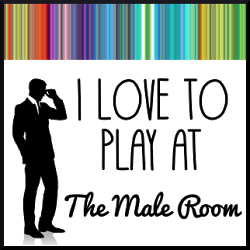